£25m to give police more mobiles 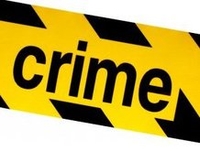 The government plans to spend £25 million on deploying more mobile devices to police officers in a bid to reduce red tape.

The idea is to give a greater number of offices access to instant info when out on patrol, saving valuable communication time.

The government has already spent a wad of cash on deploying 10,000 of said devices to 27 forces, but the new cash injection should swell that number to around 30,000 2010.

The National Policing Improvement Agency (NPIA) is the organisation managing the cash distribution, and believes the move will help the officers focus on the important things by boosting presence and increasing efficiency.

Richard Earland, CIO of the NPIA, said: "When used appropriately, handheld computers keep officers out in the community and make them visible to the public. With mobile devices they find it easier to access information at the point of need, leading to greater efficiency and reassurance for the public."