‘This is not three strikes and you're out. It is a letter.’ 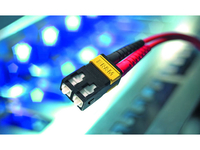 A leading analyst believes that the primary upshot of the BPI's letter-sending will be to cut file sharing amongst children as a result of making their parents aware. However, Mark Mulligan, VP and Research Director, JupiterResearch, warns the letter may not have the same impact among young adults.

"It is not 'three strikes and you're out'. It is a letter. As such it is the result of compromise and negotiation and will not have the same impact as such a strategy."

Mulligan adds that the letter also has "a quite specific primary target group: families. 69 percent of UK music file sharers are aged under 35 and 51 percent are aged under 25." He adds that these can be broken down into three categories; children at home, students away from home and young adults.

Also as such it has a. Of those under 25's you can break them down into three core segments. Of these, Mulligan says that many are perfectly well aware of what they're doing and "only the more nervous and conscientious can be expected to stop after receiveing a letter."

All about the kids

Mulligan also thinks the letters will have particular impact among children living at home. As recipients of ISP bills, parents will be the ones to receive the letters. "It can be expected that a decent chunk of those will chastise their children and work on changing their ways."

However, many children are more tech savvy than their parents, so Mulligan says there is a risk that file sharing might continue without parental knowledge. "A follow up letter here would probably bring the issue to a head," adds Mulligan.

"If the BPI could get a sizeable chunk of file sharing kids of the network that will be quantifiable success for what is a significantly more palatable approach to the problem than the RIAA has pursued and France is pursuing."

As we talked about earlier, Mulligan also believes that the legal download offerings are another integrated part of this complex puzzle.