3G iPhone: A view from the queue 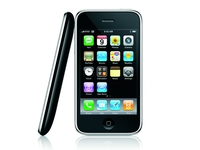 It's twenty to six in the morning on Friday 11th of July and this writer is hauling himself out of his bed to set off for Oxford Street and an O2 store so that he can wait in line for a brand spanking new 3G iPhone.

Considering I spend every working day of my life looking at technology it's peculiar to be excited by a launch and yet there is just something about the way Apple plays this game that gets the hairs rising on the back of your arms.

I resisted the temptation of the original iPhone with a great deal of difficulty - the reasons that I found to keep from upgrading are fairly commonplace - the expense of the handset and the lack of 3G.

Bonding with people in these kind of queues is always remarkably easy and within ten seconds I'm already fast friends with Ali Khaki, a man so bubbling with enthusiasm that I point the slightly over zealous CNN TV crew in his direction for a live link, Matt Drew, who is going into work a little late and Huy, a man who knows more than anyone should about iPhones who doesn't yet own one.

It's an eclectic mix of people but we are soon chewing the fat and talking about the new black back (Ali prefers his aluminium look original), the free muffins (blueberry) and why the people in the Carphone Warehous queue opposite look more miserable.

The window dressing is ripped clear for the gaggle of photographers and camera crews who snap away like Brtiney Spears has just exited her limo sans knickers, the doors open and the first twenty people are let in, leaving me within touching distance of the door.

And that's where we ploughed to a halt. Three quarters of an hour later nobody had come back out, sparking conspiracy theories of second queues, a back door exit system and alien abduction.

Then the whisper went around, the automatic systems were down, and all applications were being processed manually. A groan went up.

Although they were still trying to force-feed us muffins and taunt our queue-bladders with free bottles of water the assembled staff were the picture of cheerfulness, and the murmurs of malcontent were reduced to a minimum by their air of bonhomie.

Suddenly, movement; the first lady out of the store wandered into the press scrum with her bag aloft and an enormous smile. Then she went back in - presumably to finish the paperwork.

It was a moment of mixed emotion for many in the queue; surely the process that we were told would take 20 minutes appeared to be taking in excess of 50.

Finally, with one eye on the time, I was invited into the store where my details were taken down by two different people and I was handed my 3G iPhone.

And then they took it off me again, when I pointed out I hadn't paid for anything yet.

Poor Huy was behind me by now in the process, Ali had gone back to work - possibly to discuss with his boss why his 'doctor's appointment' had included an interview live on CNN.

But I was through, as the money came off my card, like childbirth (possibly) the pain was all forgotten and I was the proud owner of a3G iPhone.