Ballmer: 'Windows held us up in search market' 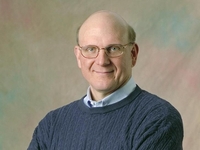 Microsoft's CEO Steve Ballmer has admitted his regrets over the lag in time before the company involved itself in internet search, but insisted that the software giant is more of an innovator than rival Google.

Ballmer - who will perhaps be the highest profile figure in the company when Bill Gates steps down on 30 June - told the Financial Times that he believes the long gestation period between versions of Windows was the major factor in Microsoft missing the boat on search.

"I think we have to keep agile," said Ballmer. "I do fault us for the speed with which we dove (sic) into search, primarily because we didn't see the business model.

"And I give Google credit for innovating in the business model around search. They did a nice job on that, and that's why they won.

"I think one of the mistakes we made, and I think we've said this before, is having a five-year gap between Windows releases did calcify our ability to react to anything, because there was a five-year window basically where a big part of our R&D resources were fairly locked in.

"It doesn't mean everything should be a six-month cycle, I don't believe in that, but we've got to have more flexibility in our R&D commitments than that.

Ballmer appears to believe that Google's innovation is overstated, adding: I haven't seen speed out of Google really. I mean, come on.

"I mean, they have a gestalt, but gestalt is gestalt. Let's talk about the reality. The reality is one product makes 98 per cent of all of their money, search.

"&hellip;I'm not giving them a hard time, but we've got to learn - if you say, what have you learned, we try to learn from people's successes, not from people's gestalt.

"The gestalt is yet to be proven."