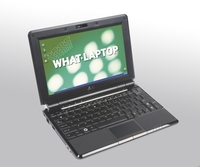 The Asus Eee PC concept is built on the notion of bringing the most portable laptops possible to a cost-conscious market place.

The original Eee PC 701 weighed in at 920g, which is a perfect size for carrying around on a daily basis. The downside of this machine was the low resolution of the 7-inch screen and the rather average battery life.

The Eee PC 900 didn't do much for battery life but raised the weight to 1kg. The launch of the Eee PC 901 and its 6-cell battery brings the weight up to 1.2kg. This larger battery pack means that the device is thicker than it used to be but it does mean you're likely to get over five hours of battery life from it.

The keyboard on the Eee PC 901 is what Asus now refers to a 'compact' design, meaning that it's rather small and cramped compared to a normal laptop.

Sure, it takes a little time to grow accustomed to but once you are, you'll find that typing at speed is possible.

The arrival of the Eee PC 1000 brings with it a weight increase to 1.4kg but it does add a larger keyboard, which Asus is calling 'comfortable'. It's this keyboard that will clearly drive sales, as it's 95 per cent the size of a normal laptop keyboard, so typing is a good deal easier.

The other selling point of the Eee PC 1000 is the screen, which may be a 10-inch panel but it still has the same 1024 x 600 pixel resolution as the Eee PC 901. So you won't see much more in the way of detail. However, the extra size is great if you want to do any thing more than just write word documents - we found that viewing spreadsheets and web pages are definitely easier on the eye with the 1000.

Put to the test

So what are both machines actually like to use on the road?

We've been alternating between both machines for the last few days to see if there is a difference between the two and from our findings it all boils down to how you intend to actually use it.

In terms of performance they are clearly the same, as both sport Intel's Atom N270 chip and ship with 1024MB of memory. Battery life so far has proved a little more economical on the 901, but only by an extra 10 - 20 minutes, so no there is no clear winner there.

When it comes to using it on the daily commute, neither machine means you have to make a B-line for a table like the other commuters as both machines can be used just about any where.

Surprisingly even the larger size of the Eee PC 1000 wasn't a problem using it on the small table attached to the back of train's seats. However, the Eee PC 901 clearly sits better in the space provided, giving a slight edge.

The main problem for us has been the extra size of the Eee PC 1000, which makes it a little trickier to stow away or simply carry around. The Eee PC 901 clearly has the edge for the daily commute, as you can stow it in your bag without it being too noticeable.

Ultimately, it comes down to whether you want ease-of-use (the Eee PC 1000 is simply more comfortable to type on) or whether true portability is your aim, in which case the Eee PC 901 is a more natural fit.

Not convinced by our findings? Check out our review of the Asus Eee 1000h and decide for yourself.