Big Brother is Bluetoothing You 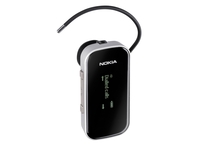 A controversial new study that uses Bluetooth technology to track UK citizens, without their knowledge, has come under fire from privacy campaigners.

The Cityware study - has been set up with the objective "to develop theory, principles, tools and techniques for the design, implementation and evaluation of city-scale pervasive systems as integral facets of the urban landscape."

Big and clever, academic-sounding words, for sure. But what does this actually mean?

A report in today's Guardian claims that the Cityware researchers at Bath University have "installed scanners at secret locations in offices, campuses, streets and pubs to pinpoint people's whereabouts."

More worryingly, the report continues: "The scanners, the first 10 of which were installed in Bath three years ago, are capturing Bluetooth radio signals transmitted from devices such as mobile phones, laptops and digital cameras, and using the data to follow unwitting targets without their permission."

Eamonn O'Neill, Cityware's director, claims that his study is not interested in tracking individuals but is more "interested in the aggregate behaviour of city dwellers as a whole," adding that the "notion that any agency would seriously consider Bluetooth scanning as a surveillance technique is ludicrous."

The CCTV of the mobile industry

However, certain privacy campaigners strongly disagree, with Simon Davies, director of Privacy International responding: "This is yet another example of moronic use of technology.

"For Bath University to assert that there aren't privacy implications demonstrates an astonishing disregard for consumer rights. If the technology is as safe as they claim, then all the technical specifications should be published and people should be informed when they are being tracked.

"This technology could well become the CCTV of the mobile industry. It would not take much adjustment to make this system a ubiquitous surveillance infrastructure over which we have no control."

Former Cityware researcher Vassilis Kostakos, conceded that "If a person's phone is talking to a scanner, then they should be told about it. Any technology can have good and bad consequences. In many ways, I think the role of a scientist is to point out both. I agree this is complex and I agree there are harmful scenarios."