Can your business legally read your texts? 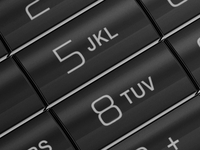 Can your employer read your emails and text if they are sent from a company mobile? Not according to the US courts who have ruled that the fourth amendment applies to personal data, even if the device used to send it and the account belongs to a business.


The decision was made when a policeman sued Ontario and its police department for violating their fourth amendment rights against unreasonable search and seizure.


Sgt Jeff Quon has exceeded a department limit of 25,000 characters for texting, so transcripts were asked for and received from provider Arch Wireless to see if the texts were purely about work.


Unsurprisingly they were not all work related, and apparently included some sexually explicit texts, but Quon has now successfully proved that data should not have been given by Arch.


"There were a host of simple ways to verify the efficacy of the 25,000 character limit [if that, indeed, was the intended purpose] without intruding... on 4th Amendment rights," Judge Kim McLane Wardlaw wrote for the court.


Inevitably privacy campaigners have celebrated the verdict. "This ruling is a tremendous victory for your online privacy, helping ensure that the 4th Amendment applies to your communications online just as strongly as it does to your letters and packages," said the Electronic Frontier Foundation.

Of course, the 4th Amendment is not applicable to UK law, and it remains to be seen if the British law courts would take a similar stance.