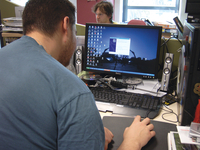 What's the point of Windows Vista? Worryingly for Microsoft, the increasing consensus among savvy consumers is that it offers little or no benefit.

The slicker-looking interface aside, all you get is a wide range of drawbacks, including sluggish performance, painful hardware demands, patchy software support and irritating but ineffectual security measures such as the infuriating User Account Control feature. Leaner, simpler Windows XP remains the best operating system for home users in that context.

Of more immediate relevance, especially to PC enthusiasts, is the release of new service packs for both Windows XP and Windows Vista. The former indicates that Microsoft realises that Windows Vista is so off target it may never reach truly widespread acceptance and hence support for Windows XP must continue. The latter, meanwhile, is probably Microsoft's last chance to salvage the crumbling reputation of Windows Vista.

Jump to our overall verdict and performance results

Said to be the last major service pack for XP, SP3 brings your installation fully up to date with all historical upgrades, though it does require an SP1 installation as a minimum starting point. SP3 includes a number of incremental post-SP2 upgrades and patches, too, such as the latest WPA2 wireless networking security protocol, and also delivers a few unique features. That said, cosmetically it's essentially identical to SP2. Installation requires around 20 minutes depending on the precise hardware configuration.

The key additions for Windows XP SP3 involve the age-old Windows bugbear: security. First up is Network Access Protection (NAP), a feature already present in Vista and Windows Server 2008. To put it at its simplest, it's all about giving network administrators a straightforward way in which to validate the health, in security terms, of a system connecting to a given network. This new feature also allows for automatic "push" updates onto connected systems with a view to preventing them from turning nasty.

Next up is an improved cryptographic module including the random number generator. This addresses a specific weakness that made encryption keys generated by XP theoretically vulnerable to exploitation. More expansive description text can also be found in the options' dialog boxes.

Finally, with SP3 Microsoft has brought XP into line with Vista in terms of product activation and license key management. As with Vista, an XP installation disk with SP3 included will allow users to install and run the operating system for 30 days without inputting a license key. Overall, it's hardly a show-stopping list of enhancements. but then XP is a mature and relatively well developed OS.

Still, what SP3 notably doesn't do is tread on the toes of Windows Vista. There's no updates to the ancient user interface or addition of Vista-only features such as the DirectX 10 API. Microsoft may be learning lessons from the troubled Vista launch, but it clearly hasn't given up on its latest OS yet.

Performance-wise, Windows XP in SP2 trim is already pretty lean and mean by Microsoft's standards, so users shouldn't be expecting dramatic improvements from the latest service pack. Indeed, Microsoft itself makes no claims regarding performance, and our results shown opposite tend to confirm that. For the most part, performance across a wide range of tasks - including file transfers to and from various devices, encoding, rendering and gaming - is essentially identical to SP2. Likewise, as with previous builds of Windows XP, SP3 is pretty easy going in terms of hardware support: it zips along at a decent lick even on extremely modest systems.

Ultimately, therefore, the new features in SP3 don't really add up to a compelling argument for an upgrade. But what it does offer is a simple mechanism to apply those little hotfixes and patches that accrue over time - especially for those who prefer to disable Windows Automatic Update. Finally, we did not note any software or hardware compatibility problems with SP3, though with the colossal scale of today's PC-related ecosystem we wouldn't be surprised to if the odd glitch appeared eventually.

If SP3 is a low-key final fling for Windows XP, the first major service pack for Vista is a much, much bigger deal. Not only might it make or break Vista, it could even have a major influence on the long term health of Microsoft itself.

To understand why, ponder for a moment the context into which Vista SP1 arrives. After numerous humiliating delays in 2005 and 2006, Microsoft could push Vista out no further. It drew a line in the sand for the end of 2006. It was a final self-imposed deadline that had to be hit if Microsoft was to retain any credibility. In the end, even that deadline was slightly fudged by the way in which initial shipments were restricted to business customers.

But however you slice it, the ironic truth is that despite a ludicrously protracted development period, Vista was rushed out before it was ready for the prime time. SP1 is therefore Vista as Microsoft would really have liked to have shipped it. Actually, it's probably better than that. A year with the initial RTM build of Vista in the hands of end users has highlighted a few additional shortcomings that even the most careful development process would not have uncovered.

As with all service packs, SP1 rolls up all hotfixes and patches to date. Obvious examples of patches that have already been made available via Windows Update include the Virtual Space management tweak which reduces the amount of memory used by games in Vista. Due to a quirk in the original Windows Vista Display Driver Model (WDDM), some games were pushing the 32-bit build of Vista towards its 2GB virtual address barrier. Once that limit is breached, be prepared for a blue-screen bomb out.

Of the new-to-SP1 refinements, the most important are tweaks to the way Vista handles file copying, management and transfers. Microsoft has been quite open about the reasons why Vista can be painfully slow for certain types of file movements, particularly network transfers. The short version of an extremely complex explanation is that changes to the way file data is buffered during transfer in the original build of Vista leads to increased disk or memory stick access and reads.

Also, there are differences in the way XP and Vista report when a file management task is completed. XP will tell you the job is done when all the data has been copied to the write cache. Vista is more of a stickler for the truth and will not give the all clear until all disk writing is completed. For Vista SP1, Microsoft has reinstated most of XP's buffering procedures while keeping one or two of the Vista measures that improve performance for really big files.

On the interface side, the only significant refinement involves a streamlining of User Account Control (UAC). By default - even for novice computer users - UAC can be a ghastly nag, constantly demanding permission to perform apparently innocuous procedures. It's bad enough that many feel compelled to knock the whole thing on the head and opt to disable it, which rather defeats the object. SP1 reduces the number of security dialogue boxes in certain situations - for example, when creating new folders in protected locations.

Beyond the headline-grabbing new features, there's a truly encyclopaedic list of detail enhancements. One good example is a partial resolution for the conflict between the MultiMediaClass Scheduler Service and the network stack. In Vista, the former has been given supremacy over the latter in terms of access to system resources in order to ensure that audio streams do not break up. The downside to this is throttling of network throughput. It's really only an issue on super-fast gigabit networks, but for the record, Microsoft claims that the balance has been tipped back towards networking with compromising audio stream stability.

So, the enhancements that SP1 brings are as broad as they are deep. But is this bandage enough to stop Vista's bleeding out? In performance terms, we have to admit we were surprised at the proximity of Vista, be it the original RTM build or SP1, to XP in the majority of our benchmark results. As far as gaming goes, time has no doubt healed some of the wounds.

Graphics chip makers have now had plenty of time to get to grips with the new driver model and the performance gap has been slowly closing. Today, there's precious little in it.

Our verdict It's tricky to capture with benchmarks the sort of subjective glitches and slow downs that anyone who has used Vista as their main operating system for an extended period will be all too familiar with. Anecdotally, at least, Vista installations seem particularly prone to growing fat and wheezy.

Certainly, Vista is packed with all sorts of subroutines and hidden processes - such as file indexing, application caching - that are ostensibly designed to improve performance. But the same measures can also induce an enormous amount of what seems to be entirely unnecessary disk activity. It's not unusual to find an idle Vista box making a noise that sounds uncannily like the hard drive chewing a brick.

Nevertheless, there are one or two areas of real interest from our objective benchmarks. Firstly, SP1 has solved Vista's previously feeble zip file handling. It's now on a par with XP in that regard. SP1 also remedies a small but worrisome shortfall in memory bandwidth compared with XP.

However, a particularly popular gripe that SP1 does not address is Vista's piggishly resource-hungry nature. If there's a single figure that sums up the perceived bloat it suffers from, look no further than Vista's memory usage at idle. 787MB is an absolutely ludicrous amount for a system to swallow from a fresh boot of a new installation. Windows XP squeezes itself into just one fifth the space.

In the end, SP1 is undoubtedly better than the original RTM build of Vista. We're glad to see Microsoft at least attempt to address the criticisms that its latest operating system has attracted. But it's probably not enough to prevent Vista from going down in history as marking the beginning of the end for the Windows project.