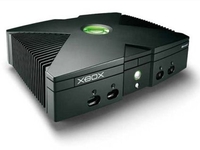 At the time of the initial case in October 2007, BristolCrown Court found Higgs guilty of 26 copyright offences.*

Following that ruling, The Sunreferred to Higgs as a "computer geek who made £1million selling illegal videogame chips from his bedroom" and ELSPA’s Michael Rawlinson, noted that itmarked "a milestone in the fight against piracy."

No longer a grey area

Gamesport now reports this week that the legal case against Higgshas now been dropped and that the defendant has been awarded full costs, "openingup the possibility that modding may now be legal in the UK."

Team Xecuter explains that: "The granting of thisappeal based on the argument that the copyright infringement has already takenplace before the use of a modchip has resulted in the squashing of all 26counts." The appeal was heard by Judge Justice Jacobs.

TechRadar has contacted ELSPA for further comment on thematter.