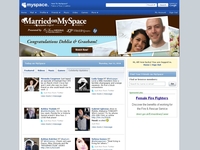 A case that could have wide-ranging effects on internet anonymity is underway in Los Angeles.

Lori Drew, 49, allegedly took part in setting up an account on MySpace under the name Josh Evans, then approached her 13-year old next door neighbour Megan Meiers under the pseudonym and began talking online.

Drew then pretended her character was moving away, having begun to exchange flirtatious emails.

The messages then began to take on a more sinister tone, including telling Meiers 'the world would be better place without you'.

The court was told Meiers then hanged herself within an hour of receiving this message.

However, prosecutors struggled to find a law that applied to the case in the defendant's home state of Missouri.

The route they took was to charge her in California, the location of the MySpace servers, stating she had broken the rules of the website by posting under a fake name and therefore could be charged on the Computer Fraud and Abuse Act of 1984.

However, these laws were brought into effect relating to hackers attempting to seize control of computers to gain valuable information, rather than simply posting under a fake name, which is something millions do all over the internet.

If the prosecution succeeds, many using a pseudonym harmlessly could be forced to reveal their name on the internet.