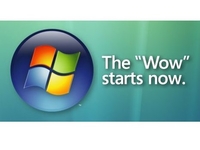 Microsoft is warning its hardware partners that they can only expect to get a ‘compatible with Windows’ certificate if they start testing their wares with Windows 7 as soon as possible.

Mindful of the driver problems that blighted (and still blights) Vista, Microsoft appears to have laid down the law to its partners

"Beginning with the first beta of Windows 7 all Windows Vista submissions must include a complete CPK with tests logs from Windows 7," Microsoft says in a lengthy bulletin.

The bulletin not only suggests that the Redmond company will not tolerate the same problems that best Vista, but that a beta version of Windows 7 will be made available to partners in the coming months.

Vista’s well publicised failings has left it well short of the ubiquity that Microsoft hoped for when it launched the successor to XP back in January 2007.

With Windows 7 expected to arrive by the end of 2009 / early 2010, and XP’s life being extended for the burgeoning low-cost markets, Vista is not looking especially healthy at the moment.