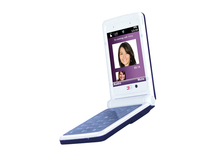 Although we've been following developments in the field of mobile micropayments - or using a phone as e-cash - for some time now, little has happened recently outside the global leaders of Japan and South Korea.

Now, however, a partnership between the GSM Association (GSMA) and Europe's largest banking body looks like bringing mobile phone payments to this part of the world late this year or early next.

GSMA and the European Payments Council, which represents 8,000 banks across the continent, have announced that they'll be working together to provide the financial infrastructure to allow phone payments to grow.

The plan will see intermediaries called 'trusted service managers' handling the flow of cash between retailers and banks, with phone companies focusing on the technology needed for contactless e-cash.

GSMA's technology officer Alex Sinclair explained: "Together, the European Payments Council and the GSMA are well-placed to develop the tools our members need to deploy mobile payment services that will work internationally to the benefit of consumers."

Given that parties signed up to the plan include Nokia, Motorola, Visa and MasterCard, there appear to be no further barriers to mobile micropayments taking off in Europe.