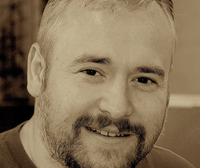 It's Friday of E3 week and, while the excitement (or lack of) over the major news announcements is over, there is still plenty for gamers and the games industry to chew over and digest.

TechRadar spoke with renowned UK games developer Martyn Brown from Wakefield-based Team 17 Software, the soft-spoken Yorkshireman behind the legendary Worms franchise, to gauge his reactions to this year's show and the main announcements from the Sony, Nintendo and Microsoft press conferences.

Martyn tells us that he didn't actually attend E3 this year, for the first time in years, "part because I didn't think it was up to much last year, part because I've recently been in LA and finally part because I'm heading out to Seattle for Gamefest/Casual Connect this week."

He was, however, like many of us, glued to the internet watching all the press conferences streamed live online.

"Of the three conferences, I felt Microsoft showed the strongest all-round, despite potentially avoiding the hard-core who have so far made the 360 what it is, by neglecting to show the new Halo title," says Brown.

Of course, 'Bungiegate' as it's already known (probably) has already been investigated and covered beyond reason. Suffice to say that at some point very soon, Bungie will be making SOME announcement!

Games aside, what did Brown think of the new-look Xbox experience?

"The new dashboard looks very interesting as do the avatars, although a little "Mii-too"!

"As a developer with a strong vested interest in supporting Live Arcade, we're keen to ensure that any forthcoming titles make the most of the new feature set and the 'Prime Time' [game shows] idea looks really cool."

The other major 'non-gaming' announcement from Microsoft was the Netflix movie rental deal, which Brown is less impressed with.

"I still don't buy (ironically) the movie rental onto console simply because of size/download time and I'd rather do that with a dedicated piece of hardware (funnily enough, I use a PS3 for that!).

"If anything, I got the impression that Microsoft went for casual by the throat, with a watchful eye on the market expanded by the Wii, but it remains to be seen if they'll capture that market to a large degree with their software offerings which still lack some kind of gesture-driven controller - something I actually expected to be revealed and announced by both Microsoft and Sony."

It seems that those gesture-driven controllers are being left to third parties such as Modus and In2Games (on which note - we expect be hearing more about these new motion-control technologies from both companies in the very near future).

"I've had the feeling that PSN is quickening it's pace with regard catching up to where XBLA is, but it's still some way off as I still get the impression that online doesn't feel part of the PS3 experience when you turn it on (on 360, it's omni-present)," says Brown.

So what can Sony do to change this state of affairs? Is the (much-delayed, much-hyped) forthcoming release of PS3's Home service the answer?

"Anything they can do to stimulate this is vital in my opinion although I would imagine it'd take a completely new firmware approach to nail it and right now, that doesn't look on the radar.

"Am still not sure about Home and I'd be worried that if it's not out in the next couple of quarters, appetite for it may diminish."

As for the games, while Sony made a number of new announcements at E3 Brown feels that it was "a reasonable line up but no real killer app," adding that, "God Of War 3 could have been it, but it was a fleeting mention that is obviously some way off."

Overall though, Brown is happy with the direction Sony is heading, adding: "as a machine, the PS3 is starting to get some real quality titles and as a developer it's a much healthier situation to have two strong next-gen options."

Expectations, among gamers, are always incredibly high when it comes down to what we expect (want) from Nintendo at E3.

Brown admits, like many of us, he " perhaps expected too much" and "was quite underwhelmed by the Nintendo conference."

"As ever, there is a very strong first party title line-up, it's clear that they have the mass market pretty much nailed and eating out of their hands, although I just didn't get Wii Music and was embarrassed just watching the 'performance' - and I'm one who'll happily play Rock Band in public!"

So what was the issue with Wii Music?

"Perhaps it was the Nintendo ditties, I dunno, but it just seemed way too detached to be immersive."

Nintendo's biggest announcements at E3 were the WiiSpeak community microphone (shipping with Animal Crossing) and the new, improved motion-sensing control add-on, Wii MotionPlus (demoed with Wii Sports Resort), but Brown remains staunchly on the fence regarding both.

"I'm not sure if the new "high res" motion add-on is a good thing since it'll fracture the market a little bit (as any improved-add-on tends to do) and it backs up the claims by a number of developers for a while that the original controller, whilst great for 'loose, repetitive gestures' was by no means particularly accurate or fast - which was kind of opposite of the users expectations.

"For WiiSpeak, I imagine this will be shackled by the Nintendo family-feel online which has thus far mostly knocked the social out of social-online-gaming with the over-protective online systems prohibiting conversation, even by text (largely speaking).

"I guess if it's used in the spirit of the Wii, WiiSpeak will be good for families, but I shudder at the thought of randomly joining a game of Mario Kart with a young American to be told to go do untold bad things with my mother, as is the norm in other voice-activated online titles it seems - unless it's just me!"

So, overall Martyn's view seems to echo the consensus at TechRadar that E3 2008 will be remembered for a "good showing from Microsoft and solid if underwhelming ones by Sony and Nintendo."

"I still think the Wii and DS are going to shift more numbers, the 360 and PS3 will continue to slug it out (the 360 now having competition which is something that couldn't really be said 18 months ago)," adds Brown.

"The industry looks in good shape and as a developer that's a reasonably good thing, as long as the publishers continue to look to the UK for quality titles!"