How to: install Linux on your PlayStation 3 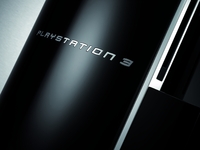 According to a famous Latin proverb, "He who is everywhere is nowhere." In computing, that's not exactly true.

Linux is becoming much more pervasive: it's powering far more laptops and desktops than ever before, delivering music and movies to the living room on digital media adapters, and becoming ubiquitous as a development platform at high-end video effects studios such as Industrial Light & Magic, which used to rely on Windows and Mac.

Yet, many gadgets do not run Linux and rely on a proprietary OS instead. For the industrious Linux user, there is no mountain that cannot be climbed and conquered. You can install Linux on just about anything that has a processor, a monitor, and some spare storage.

Before you get started on these installs, follow a few basic guidelines.

First, for an expensive device such as the Sony PS3, make sure you understand the warranty and any risks of damaging the device before you install an alternative operating system. Back-up all of your data, since there is a high likelihood that installing Linux will replace your files.

Even in instances where it appears the data will be safe, such as making a new partition for the install, you should still plan for failure: sometimes you can install data safely on a partition, but in doing so you make the entire disk inoperable and must reformat and reset he machine to a factory default state.

Installing Linux on a Playstation 3 (PS3) is easy, and it's actually supported and encouraged by Sony.

The company seems more than happy to allow end users to extend the power of the large black video game console, and it's a bit of a snub in the face of Microsoft (which as locked down the Xbox 360 so tight that no one has figured out how to easily install Linux to this day) that installing Linux is a simple menu option in the console menu and a reboot that enables you to install a distro.

Now, the only difficult part of this install is that you may have to try it a few times before it actually works. The PS3 can sometimes balk at two separate steps in the process: running the bootloader, and installing the right version of the Fedora distro.

Some users have reported no problems with either step, so your mileage may vary, but if you get stuck, just start over and try again.

1. Prep the PS3
You'll want to start by preparing the PS3 for the install. Grab a USB keydrive (any size will do, since we'll be copying very small files at first) and plug it into your PS3. On the PS3, use the XMB (the operating system for the PS3) and go to the Game menu, then select he Saved Data Utility.

Use it to back-up any data you have stored on the PS3. Once your files are safe, plug the PS3 controller into a free USB port. If the controller happens to lose wireless power while performing these steps, and you are in the middle of doing the install, you can easily brick the PS3. Remove the USB keydrive and plug it into your PC. Turn off the PS3 to save a few dollars on your electrical bill...

2. Download and prep the files
Next, download all the files you will need for the install. The bootloader is here. The Linux installer (an official Sony PS3 Cell processor installer) is here. And the Linux ISO file (which is Fedora Core 5 distro) you want is here.

In the bootloader file that you downloaded, you will see a file called otheros.self. Copy it to the root of the USB drive. Use a program such as PeaZip to open the Cell ISO file (the Linux installer) and look for another file called otheros.bld - it is in the kboot folder.

Copy it to the root of the USB keydrive as well, remove the drive, and plug it into the PS3. Next, make a DVD of the Fedora Core 5 ISO file. Use the slowest speed possible for the DVD burning software you use, such as 2X.

Then eject and insert that disc in the PS3. Your PS3 will now boot up into the XMB.

3.Install Linux
On the PS3, navigate to the System, System Settings, Format Utility menu. Create a new partition where you allocate 10GB of space to Linux.

Go back to the System Settings menu and select the Install Other OS option. Click Yes at the prompt. The PS3 will automatically find and load the kboot bootloader from the USB drive; confirm the install.

Now go back to System Settings once again and select the Default System option and select Other OS and confirm. The PS3 will reboot and start the Linux kernel. At the kboot prompt, type: install-fc sda

This will start the Fedora Core 5 installer. Follow the prompts for the well-know install process.

Note: If your PS3 continually reboots or refuses to install Fedora, there are a few things to verify. On your PS3, make sure that you are running the very latest XMB version. When you burn the Fedora Core 5 disc, use the slowest speed possible and verify the burn.

Finally, you can try using the Yellow Dog Fedora version of the distro, packaged into one simple ISO download, and available here.

Fedora is obviously one of the most common distros, and you can easily download any package you want including MythTV, music recording software, alternative browsers, and games.

You can use just about any keyboard and mouse with the distro, including the Logitech G5 models we tested.

Of all the devices we tested for Linux installation, the PS3 is easily the most forgiving if you decide you want to go back to the original OS.

First, turn off the PS3, then - when you turn it on - hold down the power-on button (the one with the red light) for five seconds until you hear a beep. This will then reset the PS3 and start the XMB so that you can start playing Grand Theft Auto 4 again!