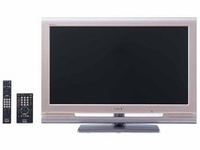 LCD TV manufacturers have been making a big thing about 'going green' lately, but a new study by Professor Michael Prather, of California University could dampen any ecological claims.

Prather believes that LCD TVs are made with a gas called nitrogen trifluoride (NF3). This substance is said to be 17,000 times more harmful than carbon dioxide. Yes, that's right - 17,000 times.

The gas, however, is only said to be this harmful if it is broken up by UV rays before hitting the atmosphere.

In an article by New Scientist, the professor claims that the increase in this gas has been caused by the electronics industry.

The article does go on to say that NF3 was introduced as an alternative to greenhouse gases, which because of the Kyoto protocol are slowly being eradicated.

We have contacted Sony Electronics about the professor's claim. Sony is one of the companies that is trying to produce greener TVs, with the company recently launching a green range of Bravia TVs. We are still waiting for a response but will update you as soon we can.