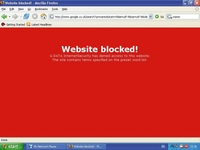 "It's not me, it's my computer's malware," may not sound like a defence that would hold up in court, especially when it comes to child mature content charges, but it seemingly has in America.

Michael Fiola, a 53-year-old investigator with the US Department of Industrial Accidents (DIA), has been found not guilty of possessing indecent images of children on his company's laptop after both the defence and prosecution agreed that the images were downloaded by malware.

Loehrs also found that the computer was full of malware from a variety of sources.

Speaking about the incident, Fiola's attorney said: "Anybody who has a work laptop, this could happen to. Mike Fiola is a hunt-and-peck kind of computer guy. He can barely get on the internet."

Now that he has been cleared of all charges, Fiola is looking to sue his former company.