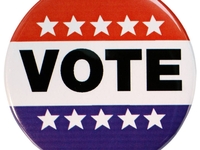 It's something of a grand election pledge - but Republican presidential candidate John McCain has insisted that, if elected, he will give a $300 million prize to anyone who can develop an automobile battery that can decrease the nation's reliance on oil.

In a move that will no doubt leave David Cameron cursing at missing the PR opportunity of doing the same, McCain has said the bounty $1 for every person in the US is a "small price to pay for helping to break the back of our oil dependency."

There are rules to the battery's achievement, of course, it must deliver the same amount of power for less than a third of the cost of current systems and have the "size, capacity, cost and power to leapfrog the commercially available plug-in hybrids or electric cars."

"In the quest for alternatives to oil, our government has thrown around enough money subsidizing special interests and excusing failure," added McCain.

"From now on, we will encourage heroic efforts in engineering, and we will reward the greatest success."