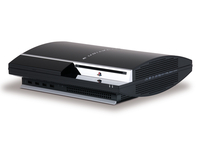 Sony and Konami will be pleased with today's news that U.S. sales of game hardware and software rose 53 percent in June, compared with the same month in 2007.

Metal Gear Solid 4 was easily June's best-selling game, knocking Rockstar's Grand Theft Auto 4 off its perch, and causing a massive 94 percent sales boost of PS3 hardware, compared with the previous month, with US consumers buying up 405,500 PS3s in June, compared with 208,700 consoles in May.

Nintendo is still ahead of the hardware gang in the US, having sold a more-than-respectable 660,000 Wii consoles in June, finally nudging ahead of the Xbox 360 as the current best-selling console in the U.S., with a current installed base of 10.9 million Wiis in the country.

In the first six months of 2008 the U.S. video game industry has already generated a whopping $8.3 billion in sales, which equates to a 36 percent increase in sales compared with the same period last year.