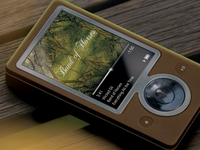 Microsoft’s Robbie Bach – the company’s president for entertainment and devices – has seemingly denied any plans for a Blu-ray enabled Xbox 360 or a Zune mobile phone.

In a recent interview with SFGate, when asked about possible future plans for a Zune phone, to combat Apple’s own iPhone, Bach pointed out that there are plenty of Windows Mobile products on the market right now and that Microsoft, "don't have any plans to make phones ourselves."

When asked about the much-rumoured Blu-ray enabled Xbox 360, Back simply stated that the ongoing rumour was, "so far out that there isn't anything to talk about."

Discussing the failure of high definition disc based formats, Back opined: "You have to look at how fundamentally compelling the difference is between a progressive scan DVD player and the picture that it can produce and what you get on a high-definition player. The reality is there is some difference, but most people look at it and say, "I am not going to pay extra for that."

Microsoft is expected to make a new product announcement today, presumably to steal some of Apple’s 3G iPhone launch thunder.

TechRadar has contacted Microsoft’s UK office for further information. It’s expected that the announcement will relate to some form of ‘Zune Touch’ so stay tuned for more following the official announcement later.