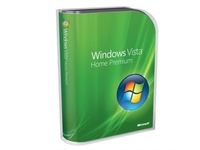 In a Machiavellian scheme, Microsoft took a group of XP users who were wary of Vista and gave them a try on a new operating system called Mojave to poll their feedback

After getting a decent approval rating for the software, the testers were then told that they had actually been 'testing' Vista.

Being Microsoft, the internet has reacted by accusing the company of dirty tricks, but TechRadar's stance is that the whole scheme was actually kind of amusing and much more akin to something that rivals Apple would do.

Microsoft are desperate for Vista to rise like a phoenix from the ashes of its early failures, but appear to have hedged its bets a little by promoting its successor Windows 7 and extending the life of XP.

However, company officials are adamant that Vista's reputation is ill-founded and that the product, post service pack 1, is now the best around.

It remains to be seen if Microsoft would actually have been better off rebadging it as Mojave and hoping nobody noticed the similarities.