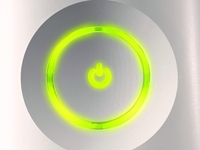 Yet more pre-E3 leaks from the Microsoft camp, with news that an Xbox 360 Karaoke game called 'Lips' is due to be announced shortly and that the 360 is set to get a price cut in the US, following the price cut in Europe earlier this year.

Lips is said to be the Xbox 360 answer to Sony's SingStar, described by a poster on NEOGaf as a, "music and singing game that includes 30 songs, 2 wireless interactive microphones, the ability to use and sing your own music or downloaded songs from an online service."

Player will allegedly be scored on the quality of their singing with Lips tracking pitch, rhythm and tune.

The microphone peripherals that will be shipped with Lips apparently feature lights that "pulse to the rhythm of your voice" and motion sensors for players to "dance, move or swing to score points."

Perhaps most innovatively, in addition to Lips shipping with 30 songs in the boxed game, gamers will also be able to play along to their own music ripped from a CD or iPod and download tunes online for a nominal fee.

More 'official' information when we get it from Microsoft, which we imagine will be from E3 in Santa Monica next month.