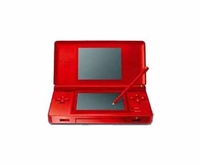 Hundreds of thousands, potentially millions, of unsafe mobile device chargers are flooing the UK market, according to trading standards officers.

The cheap Chinese-manufactured chargers are prone to overheating and could even electrocute users, according to the BBC.

The report follows the tragic death of a young British boy on holiday in Thailand in 2006, tragically killed by a faulty charger bought by his unknowing parents while on holilday.

If you are unsure about the chargers you or your children are using, the BBC report identifies two of the problem chargers in question - one has a code marking DE62347066, while another has no code markings and is simply called 'Travel Charger.'

Chris Holden, senior trading standards officer at Buckinghamshire County Council, said: "The UK appears to be flooded with them. It probably runs into hundreds of thousands or even millions."

While you can save yourself around a tenner buying unofficial chargers for phones and gaming consoles (the ones mentioned about cost around £5 online) the risks are clearly now no longer worth it.