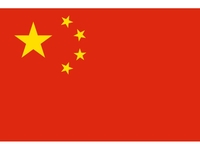 China has shown it deserves the tag of 'biggest mobile phone market' by increasing the number of subscribers by 8.6 million in three months.

This takes the total to 601 million people using mobile phones, with a sharp upturn in those abandoning the fixed line.

In contrast, fixed line subscribers fell by 9.3 million in the first six months of 2008. The reason for this is likely the fact mobile operators have scrapped a lot of inter-city roaming charges, and removed the cost of answering calls in bug cities.

Overall, 53.5 million subscribers joined a mobile network in the first half of 2008.

It's predicted that Super 3G, i.e. running at 100-200mbps wirelessly, will be deployed worldwide on a massive scale, so Chinese network operators will likely delay decisions on which network to support until the future is clear.

However, getting nearly half the country on a mobile phone in less than a decade is a pretty good achievement in any country's book.