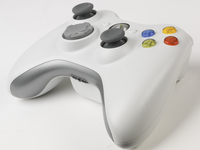 Although UK price changes have not been published, the arrival of a new 60GB version - giving users much more memory for things like movies, trailers and Xbox Live Arcade games - is in keeping with Microsoft's push into downloadable content.

"We know consumers need more and more space to store the amazing digital content Xbox 360 offers, and we're giving it to them at no extra charge," said Albert Penello, Xbox director of product management at Microsoft.

"No one device offers the depth and breadth of entertainment that Xbox 360 can deliver, and now you'll have three times the storage to manage all that great content."

What does it mean for UK?

The 20GB version of the Xbox 360 - normally known as the Pro - current sells for £199.99, and it seems likely that the news 60GB version will retail for the same price when it hits UK shelves.

This means that the older 20GB version will be given a price reduction, although it remains to be seen how close that will be to the Arcade version (with a much smaller storage capacity) which is currently priced at £159.99.

Microsoft's support of the now-failed HD DVD drive has meant a shift of focus onto downloadable HD (and SD) content.

The success of Xbox Live Marketplace has buoyed the console, and the offer of extra storage to boost these services makes a good deal of sense.