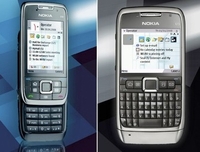 Nokia has finally flung open the doors to its Download Storeafter months of pontificating, and the results are&hellip;underwhelming.

The Store was supposed to be Nokia's answer to Apple'sAppStore for Finn-branded phones, where developers could put together somedecent applications and get paid for their work, with Nokia coining in the cashand getting decent software to boot.

However, everything is currently in 'Try for Free' mode, andaccording to the chaps at The Register, this simply incurs a premium rate textmessage to buy the application rather than getting a free trial.

Let's pretend for a moment the Store is on target and theapps that come for free are an indication of what the future holds.

Some decent bits and pieces are in there, such as weatherupdaters and a 3D Sudoko game, but nothing that really sets the world on fire,especially when most of these things can be found as freeware on the netalready.

The scope is there for some really decent options, such as improvements Nokia wants to make to the phone but doesn't want to spend time developing for free. We'd like to see some kind of real-time Bluetooth radar, but that might be a little too invasive. Would be cool, though.

No word on when the Download Store will be properly up andrunning (i.e. with prices and some decent applications) but at least Nokia is trying to compete.