Open WiFi owner not to blame for illegal downloads 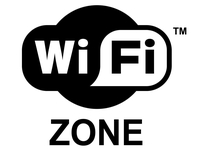 A court in Germany has ruled that a man is not to blame for illegal downloading as he has an open WiFi connection.

The whole case came to light when an unnamed musician sued a man for downloading one of their songs on a P2P site.

Even though the musician had the person's IP address, the defense suggested that as he had an open WiFi connection it could have been anyone who downloaded the song.

The prosecution argued that as it was his connection he should be the one policing it. And the court agreed.

Not wanting to be sued, the man appealed the decision and a judge in Frankfurt overruled the original verdict, stating that if other users use your open WiFi network without your consent and download copyrighted material, you cannot be automatically held responsible for their actions.

This new ruling could have many implications for copyright infringement laws over the internet. Now that one person has blamed an open WiFi connection, many are sure to follow.