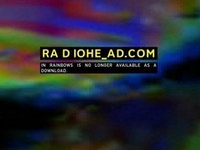 Radiohead fans will finally get the chance to download the band’s back catalogue from iTunes.

The British band were one of the last to hold out against Apple’s popular online store – believing that fans should buy whole albums rather than individual tracks.

However, there has now been a change of heart from one of the best selling bands in the world, and fans will now be able to download the likes of Street Spirit (Fade Out), Creep and No Surprises individually if they choose.

The Beatles are perhaps the most high-profile band that does not have music available on iTunes, although it is believed that a deal over the Fab Four’s back catalogue will finally be done now that a longstanding argument over the name Apple appears to have settled.

Bizarrely, another of the holdouts is the So Solid Crew, along with AC/DC and Garth Brooks.

Radiohead are no strangers to internet music, having released their last album ‘In Rainbows’ with a well-publicised honesty box approach online.

The band allowed fans to download the album for whatever they wanted to pay. That album and their past five are all now available on iTunes.