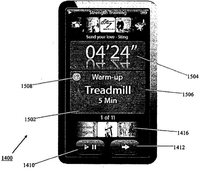 The much-rumoured Apple iPhone 'lifestyle companion' could well be launching in the US in July, according to new reports.

Engadget reports that the US gym chain 24 Hour Fitness has announced it will be the first to offer Nike+ keep fit gear in its gyms in July.

Engadget goes on to speculate that, even though the 24 Hour Fitness release only refers to the iPod nano, because "July is synonymous with the iPhone 3G, 2.0 firmware, and App Store launches" it seems highly probable that Apple's previously announced plans to extend the Nike+ compatibility to iPod touch and iPhone could well also be coming in July.

TechRadar has contacted Apple, Nike and 24 Hour Fitness for confirmation, denial or clarification on this, so stay tuned for updates.

UPDATE: We just heard back from Apple in the UK, who served us a swift: "Apple does not comment on rumour or speculation."