Seven top satnavs for the summer

Five or six years ago, the satellite navigation market was a very different animal. Products were expensive and, frankly, they were a bit rubbish, too.
The dark green screens were hard to look at, voice instructions weren't available on most products, and the routes they took you on were often ridiculous.
In 2008, however, satnav is a booming market. And because the market place is so full of good companies trying to make a buck, prices have tumbled. The days of the £600 satnav devices are over.
So here we have seven great satnavs. There's something for everyone too, with all tastes, needs and budgets catered for. So if you're thinking about buying a new satnav gadget for those long road trips this summer, be sure to check out the following reviews.
Binatone Carrera X430 - £130
* 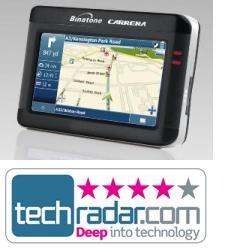 Binatone probably isn't the kind of name you'd associate with anything other than fairly basic home telephones.
But here it is, popping up in a list of cool satnav products.
The reason the Binatone Carrera X430 has made it into this list is because not only is it a competent product, it's also cheap.
At £130, you'll not find many satnavs for less. And you'll certainly not find any in the same price bracket that are better. If you're on a strict budget, this one is definitely worth considering. Read our full review
*
Garmin Nuvi 660 - £175
* 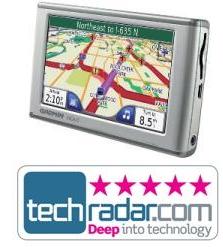 If you've got a little more money to spend, Garmin's Nuvi 660 is absolutely worth the extra cash.
For £175 it's a great gadget, and its feature set goes far beyond the call of duty.
It's designed to not only sit in a cradle, directing you and your car to your destination, but also to go with you when you step out of your car.
It'll give you street-level directions as you walk around any city in Europe, and it also has a foreign language phrasebook to help you with tricky translations while abroad. Read our full review
*
Sony NVU51G - £190
* 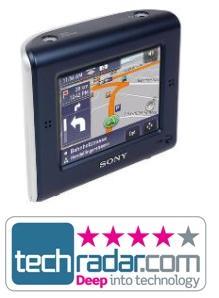 Like Binatone, Sony is another brand name in unfamiliar territory here. Sony isn't renowned for its prowess in the satnav market.
But that clearly doesn't mean it's not capable of churning out very competent products in the field.
The NVU51G (if we all spoke the same language we wouldn't have to put up with these annoying product names) is a well-rounded product which performs admirably in almost any condition.
What's more, it's waterproof so you can take it out in the rain and it should make it through the day unscathed.
It's also one of the most sexy satnavs available, so if looks are important to you, give this one a gander. Read our full review
*
Panasonic Strada CNGP50N - £200
* 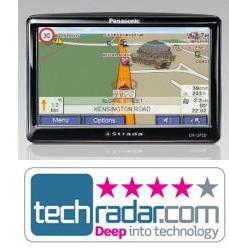 And where Sony reads, it seems, Panasonic is not far behind.
The Strada CN-GP50N is immediately recognisable from its impressive 5-inch LCD touch panel.
Like the Sony, points of interests (POIs) are rendered as 3D models on screen.
And the Panasonic is also notable for its particularly lovely-looking maps.
You can get it now for £200, which is 30 per cent cheaper than when it first launched, so you may find this one too good to refuse. Read our full review
*
VIAmichelin X90T - £240
* 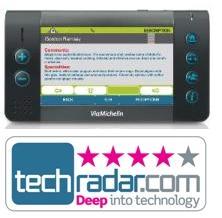 Michelin is obviously better known for making tyres and roadmaps. But in the VIAmichelin X980T, it's also managed to build a very competent-yet-curious satnav device.
It almost looks more like a handheld games console than a satnav.
Still though, Michelin's experience in creating maps (in print and online) is evident here, because the maps and POIs are fantastic. As you'd expect, there's emphasis on Michelin Guide restaurants and hotels, but that's certainly not a bad thing.
You can get one for about £240, so it's not the cheapest of systems in this group. But it's still worth a look if you have the money to spend and like the look of it. Read our full review
*
Garmin Nuvi 770 - £260
* 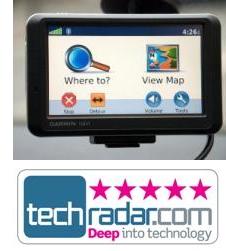 RECOMMENDED: And here we have Garmin's current flagship model, the Nuvi 770.
It's one of the best satnavs we've ever seen, and on this evidence it's hard to see why Garmin trails TomTom in the satnav market league table.
It's impossibly thin for such a complex device, it looks great, and works perfectly.
The interface is one of the best (if not the best) we've seen, the screen is bright and crisp, and the feature list is too vast to go into. For £260, this one isn't the cheapest, but it's definitely the best. Read our full review
*
TomTom GO 920T - £285
* 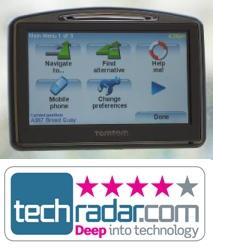 TomTom would have you believe that this is the crème de la crème of satnav devices.
The TomTom Go range is certainly the most successful on the market.
It far outsells the offerings by all the other manufacturers. But that doesn't necessarily mean it's the best.
That said, as you might expect, the TomTom 920T is certainly not a bad satnav gadget. It's actually quite good in fact.
The current £285 asking price might be a bit much though, especially as you can get offerings from Garmin for a bit less. The choice, as always, is yours. Read our full review
*
*