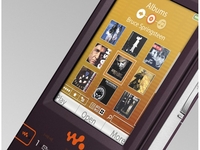 Sony Ericsson, the Swedish-Japanese mobile phone manufacturer, has hit out at a "challenging" market ahead of a warning that its profits are likely to suffer.

The announcement is indicative of the recent economic downturn that is affecting these manufacturers, especially those competing in the high-end markets.

The company stated that "moderating demand" was responsible for the profit warning, as well as delays to shipments for new models.

The mobile market is being hit hard at the moment, with research firm Gartner reporting a 16.4 per cent drop in global sales compared to the same time year, according to the Financial Times.

SE fell to fifth place in the mobile manufacturer worldwide rankings this year, behind the surging LG from South Korea, which has enjoyed success with models such as the Viewty and the Voyager.

SE saw its share of the mobile market fall a further one per cent to eight, although it will be hoping that the continued success of the Walkman series, coupled with high-profile launches such as the forthcoming Xperia X1, will help it to maintain presence.

The company has also begun to focus more strongly on emerging markets of late, with the release of budget models such as the J132, a feature-light and robust model.