Survey says iPhone not likely to win over Japan 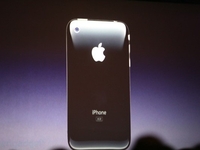 In yet another one of those tech surveys that says close to nothing while appearing to contain something of substance, a Japanese probe has found that - shock! - some people there are interested in buying one.

Don't be mislead by the headline that claims 91 per cent of Japanese aren't planning to buy an iPhone - instead, look at the finding that 9 per cent do intend to pick one up when it launches there next month.

Frankly, if close to one in ten of the Japanese population does make the switch, Apple will be laughing all the way to the bank. Currently, over 100 million people there own mobile phones, so you do the maths.

Still, a sample size of just over 400 in the iShare survey can't really be construed as indicative of anything much. What we do know, however, is that Apple's decision to go with Softbank as the Japanese carrier severely restricts its chances of landing anything like the above numbers.

The third-largest Japanese network has a touch under 19 million subscribers at the minute, suggesting iPhone sales of anything close to 1 million will represent a good result.