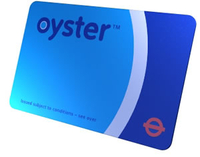 Following our recent report that London's beloved Oyster Card has been hacked, a Dutch judge has ruled that the people responsible for the hack can now publish the details of how to do it in the public domain.

Researchers at Radboud University in Nijmegen in the Netherlands, who cloned the Oyster Card, which is made by NXP, are now free to publish their findings after the judge overturned an injunction.

In a statement about the decision, the court said: "Damage to NXP is not the result of the publication of the article but of the production and sale of a chip that appears to have shortcomings."

The researchers who hacked the card, obviously delighted with the result, said in a statement: "In a democratic society it is of great importance that the results of scientific research can be published."

TechRadar contacted Transport For London and this is what they had to say about the ruling: "Transport for London remains confident in the security of the Oyster card system.We take fraud and the security of personal data extremely seriously and constantly review our security procedures.

"Any fraudulent card would be identified within 24 hours of being used and blocked. Using a fraudulent card for free travel is subject to prosecution and we would seek to enforce this wherever possible."