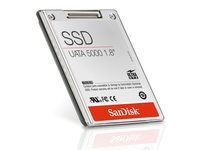 Although it's not exactly a surprise to suggest that Microsoft has plans for its operating system beyond the next version of Windows (AKA 7) that we already know about, it's good to be able to put a name to this putative piece of code.

Apparently, 'Project Midori' is the not-so-secret name of the candidate to become the first non-Windows OS after Windows 7.

It's based on a research project that has been running since 2003 and is being steered by some very senior people at Microsoft.

Midori, which means 'green' in Japanese, is currently "in incubation", meaning that it's not just pure research and that it is inching closer to a commercial product. Beyond that nugget, the people in the know are keeping schtum.

One machine that will, however, definitely be running Windows is the forthcoming all-in-one PC from Ausus. The still-unconfirmed 'Eee Monitor' looks like belying its name and actually being a full computer, rather than just a screen.

Whether Asus can replicate its subnotebook success in an area dominated by iMacs and the like is doubtful, but we'll know more within a few months for sure.

Anyone thinking of spending extra on a laptop with a solid-state drive will definitely want to look at the tests carried out by Tom's Hardware and the shocking conclusion that, rather than reducing the load on a PC's battery, SSDs actually drain it more quickly.

The comprehensive benchmarks show quite clearly that all the talk about SSDs stretching battery life amounts to a whole pile of nothing.

Even though the theory is good, the practice is very different - most likely because SSD technology is still young and does not yet incorporate the advanced power-saving features of many standard hard drives.

Buttons back on iPhone?

Lastly, if you like your iPhone, how would you feel about an alternative version with a proper keyboard? Various sources are reporting that Apple already has prototypes with a slide-out QWERTY keyboard aimed at users unsure about abandoning physical buttons.

Outside the company, no one really knows if Apple will actually take such a radical step away from its beloved touch-screen interface, but - we're told - hang around a year or so and we'll find out.