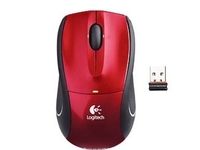 If an analyst at Gartner is to be believed, that little plastic object sitting (probably) to your right at the minute is set to disappear for good when the computer mouse becomes extinct in three to five years.

Steve Prentice says the increasing popularity of new ways to control technology, from Wiimotes to guitar controllers, spells doom for the near-40-year-old mouse.

Instead, the theory goes, we'll simply be pointing at what we want, touching screens or even just controlling gadgets and computers using face recognition. All of which is clearly good news for sufferers of carpal tunnel syndrome.

However, while we still use traditional pointing devices, there'll always be room for low-end computers like the Eee PC. The latest addition to Asus's increasingly complex Eee family tree appears to be a 900 model with a larger hard drive.

According to the company's Chinese website, the Eee PC 900 30G model will have a 30GB hard drive in place of the 12GB or 20GB SSD currently available.

On the slightly sillier side of things, we have news that some French women like to have their phones with them when they take a bath and that few men do likewise.

Admittedly, the Parisian survey was of only a couple of hundred people, but why would 14 per cent of women want to text or chat in the suds with only 4 per cent of men feeling the same way?

Lastly for this morning, the new trend for taking out loans by SMS seems to be causing problems in some parts of Europe. After recent news that Estonians are increasingly defaulting on repayments, it seems the Finns are joining them in lenders' bad books.