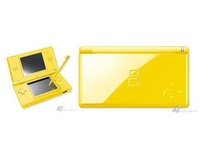 Help is at hand for smokers struggling to kick the habit in the unlikely form of a new game for the Nintendo DS.

Based on books written by anti-smoking guru Allen Carr, Videogame firm Ubisoft (formerly of demonic rabbits fame) is developing a title to "coach" smokers away from cigarettes.

There are apparently 15 anti-smoking games to choose from, including one "set in a disco where a cigarette-shaped monster tries to pull the gamer outside for a smoke," reported Register Hardware.

To save themselves, players must draw lines to connect themselves to fellow virtual dancers. How effective the game will be remains to be seen. On the plus side, at least it’s not a Nicorette patch.

In other news, astronauts aboard the International Space Station Discovery faced a new kind of problem this week when their zero-gravity toilet malfunctioned.

According to CNN, members of the crew have been forced to make-do with a "jury-rigged system" since the 7-year-old urine collection unit packed in several days ago.

Thankfully, fellow astronauts will be bringing new kit when the space shuttle Discovery launches on Saturday. The space station's solid waste unit is said to be functioning well.

Constructed from a Marine rescue helicopter seat and parts of an electric golf buggy, the chair is equipped with a flamethrower capable of blasting out 15-foot flames and can allegedly tackle just about any terrain.

Mind you, as far as menacing-looking mods go, this robot armed with a million-round-a-minute gun looks as though it might get the prize. Apparently intended for "crowd control", it’s the result of a collaboration between an electronic gun-maker and a military machine-maker. Sounds like a marriage made in heaven.

While we’re on the theme, ever wondered what happens when you attach a surplus US Air Force helicopter turboshaft engine to a jet boat hull? The chaps over at Hacked Gadgets investigated earlier this week. Suffice to say, it’s pretty quick. The ferry to France will never be the same again.

And to round things off, a quick nod to designer Nikola Knezevic’s concept Glovephone. Basically, er, a phone in a glove, the speaker is housed inside the tip of the wearer’s index finger while the microphone sits on the palm. Meant for use in extreme weather conditions by rescue workers and the like, it’s the least destructive-looking gadget in Weird Tech this week. (Or is it?…)***

Look out Energizer Bunny, there’s a new creepy climbing toy in town. In a bid to prove just how durable its new alkaline batteries are, Panasonic placed a small robot on a rope and left it to climb and climb. And climb. All the way up the side of the Grand Canyon, in fact, reported Yahoo News on Wednesday.

The new battery cell, dubbed Evolta, soldiered on for six hours and 46 minutes, reaching an impressive 1,740 feet and bagging a Guinness World Record in the process.*****