When is HD not HD? 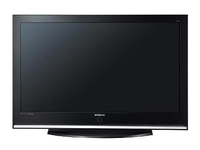 When is HD not HD? It's a question that is causing huge discussion after a controversial Sony blog talked about 1080i support for 'nearly HD' sets.

So when Burnout Paradise designer Simon Phipps wrote on the Sony blog: "Plus heaps more, including: 1080i support for PlayStation 3 owners with "almost HD" sets", it sparked something of a reaction.

"Really appreciate the 1080i support, but calling 1080i TVs "almost HD" is a real [DELETED] move- just because you don't like it doesn't make it a real HD res. My 1080i CRT tv will blow the doors off 75% of the LCDs out there in the picture quality department," posted one commentator.

"That said, the HDTV specification is 1080i or 720p - BOTH are full high definition, BY DEFINITION. Neither is "not quite HD". I love my 1080i CRT HDTV compared to almost every 720p LCD screen I've ever seen and anyone else who owns one can probably tell you the same. Do some research before venting next time - 1080i IS HD. Real HD. The HDness. Completely HD&hellip;" posted another.

Are we beginning to see an HD telly class war - with the Full HD crowd smugly grinning at the poor old HD Ready lot?

It's certainly prompted a bit of a debate.