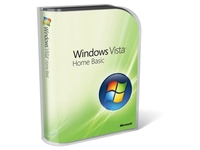 Bill Gates may have only just said his goodbyes, but the Microsoft machine keeps on running with the company announcing information about the release of Windows 7.

The paint may not have even dried on the Windows that is Vista, but it seems that Microsoft is already looking to launch its successor within the next two years.