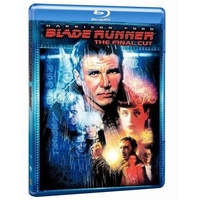 According to Bluray.com, sales of the hi-def disc formathave hit a not-too shabby 11 million.

If the findings by Home Media Magazine are to be believed,then BD sales have risen tenfold since April last year, where the format hadonly just reached the million mark. As Bluray.com points out, this means thatthe format sold more in the first half of this year that the whole of lastyear.

The top selling Blu-rays of the year so far have been: I AmLegend, 3:10 To Yuma,and No Country for Old Men.

The 11 million is still someway off what the industry hasbeen predicting for Blu-ray player sales, however.

A recent Strategy Analytics report has said that by the endof 2008, Blu-ray player sales should nearly hit the 19 million mark this year.

This does mean that even if the 11 million Blu-ray disc salesfigure doubles by the end of the year, those with Blu-ray capabilities will buy justover one BD each to test out their systems. Or is it that those with a PS3 are moreinterested in playing games than purchasing hi-def movies?