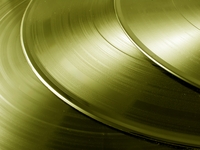 Ever since you were old enough to open a bank account you've been splurging cash on new technology.

You were the first bloke in your street - no, in your town - to own a plasma TV, a PlayStation 2 and a 1G iPod.

You queued all night to get an iPhone (you still have the mugging scars to prove it).

But are still as down with the tech-heads as you think you are? Let's see how many of the statements you agree with below

1. Why the wow won't start now


You've bought every version of Windows ever made, and have even taken a perverse pleasure in the bad ones ("Windows 2000 isn't as bad as people say, you know"), but you just can't bring yourself to buy Windows Vista.

It's not the glitzy graphics or the UAC (whatever that is) that are putting you off; it's not even the bad reviews. It's that jaunty, stupid start-up music. Isn't it about time that Microsoft changed its tune?

Jeepers, how you loved this when it first came out. You were in on the private beta, got loads of your 'friends', family and workmates to join, you loved updating your 'is' every minute of the day, but...

Since you came back from holiday in last September, well, you've bee busy. You haven't physically spoken to most of your 'friends' for 10 years or more anyway and....

You still haven't figured out why Sophie72 is poking you.

The only thing you can remember about her is that she puked on your new shoes during a football club disco in 1992. And then did a wee all over the dancefloor.

3. You secretly don't know how to use the company Blackberry

Everyone in the office has one, your clients have one, even your dad has one. Of course, you know how to switch it on. You even made a phone call on it. Once. Now you're stumped.

Still, that doesn't stop you from flashing it in the boozer.

"Call me on my Crackberry, Daz, m'kay?" you bawl as you stagger out the door.

Five minutes later you've tossed it in the bin.

4. Bluetooth A2DP. Sorry, can you run that by me again?

You understand the how, you just don't get the why...

"OK , so I can send some low-bit rate MP3s on my mobile phone," you say to the assistant in the shop "to a £50 set of things that may or may not be speakers over there...

"Sorry, why would I want to do that exactly?"

"To play some bangin' tunes, innit," the assistant replies.

5. This camera has face detection and smile detection. Wha ?

"No, sorry. I only ever go to funerals, and all my friends are ugly. See for yourself," (shows pictures).

Back in the day they were sticking it to The Man - screwing IBM, screwing Microsoft, bigging up Ghandi, Muhammad Ali and Mr John Lennon. Thinking Different, you know. What happened to that?

Now it's all Intel-schmintel and cosying up to Exchange so office types can buy an iPhone. Sheesh. Apple's changed, man. Really changed.

Jobs, you forgot the Sixties - Baez, The Beatles, all that. You're nothing but a breadhead now, just like the rest of 'em. It's the like the Who said, man - meet the new boss, same as the old boss.

When the first plasma TVs appeared in 1997 you just knew you had to have one.

Hanging that first 42-inch Fujitsu on the wall was like having all your high tech dreams come true. It was Star Trek, Star Wars and Battlestar Galactica all rolled into one. Didn't it made your friends' CRTs look fat and ugly?

Then those upstart LCD TVs came along. They were so lame. Really terrible pictures - all juddery and stuff. Of course, you kept upgrading every couple of years.

Now you have 8G Pioneer - arguably the best flat TV on the planet. Well, until the 9G came along. And then what happens? Pioneer off-loads plasma-making to Panasonic and starts making LCDs.

You still think plasma is the future. You're probably wrong.

8. Your son has to program the Sky+ box

Well the kids make it look so easy, don't they? Whizz, whizz through the menus. Hundreds of channels. Now and Next. You can never find anything to watch until it's too late.

The amount of times you've caught the end of something that you would have watched or recorded if you'd known it was on. But you didn't and now it's too late.

The TV listing aren't any help, and you can't be doing with Sky iPlayer or whatever it is.

Once upon a time you had four channels, a VCR and VideoPlus. And like the East Germans who want the Wall to be put back up, you'd give anything to have it back.

9. You should have bought in on vinyl

"I bought the vinyl! The original in the '70s. Then I flogged it off for the CD in the 1980s, bought the special edition with VideoCD in the 1990s, then got the Super Audio CD and the DVD-Audio versions at the turn of the century.

"Now you want me to buy it again on Blu-ray. Why? Because it finally sounds as good as the vinyl version? I had the freakin' vinyl version. It's you lot that made me want to sell it!"

10. You tried that high definition TV once

You bought the TV on the Saturday. Watched Basic Instinct 2 on the Sunday and took the TV back to the shop on Monday. Never again (shudder).

11. Wow, really, I can surf the internet on that tiny screen?

Mobile broadband is all very well, but even on the iPhone you're still squinting at tiny letters, numbers and pictures on an itsy-bitsy screen.

Don't they do a Large Print version like they do at the library? What about throwing in corrective Laser eye surgery? Mind you, that's not all it's cracked up to be either.

Now I'll tell you an itsy-bitsy I do like: The Itsy-Bitsy Teeny-Weeny Yellow Polka Dot Bikini. That's what you call a sight for sore eyes.

Do you eschew the new? Write in and let us know. Write in with your comments below!