21 of the most stupid tech predictions ever made 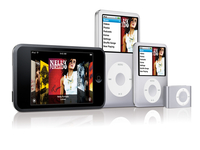 "They couldn't hit an elephant from that distance" So said Major General John Sedgewick in 1985 just before being hit by the bullet from a Confederate sharpshooter. He's not alone, the tech industry is littered with flawed predictions for the future. Here are 21 of the best

3. "Well informed people know it is impossible to transmit the voice over wires and that were it possible to do so, the thing would be of no practical value."The Boston Post, 1865

4. "The cinema is little more than a fad. It's canned drama. What audiences really want to see is flesh and blood on the stage." -- Charlie Chaplin

6. "The Americans have need of the telephone, but we do not. We have plenty of messenger boys."Sir William Preece, chief engineer at the Post Office, 1878

7. "I believe OS/2 is destined to be the most important operating system, and possibly program, of all time." Bill Gates, foreword to the OS/2 Programmer's Guide, 1987

8. "This 'telephone' has too many shortcomings to be seriously considered as a means of communication. The device is inherently of no value to us."Western Union memo, 1876

9. "Television won't last. It's a flash in the pan."Mary Somerville, educational broadcast pioneer, speaking in 1948

10. "Almost all of the many predictions now being made about 1996 hinge on the Internet's continuing exponential growth. But I predict the Internet will soon go spectacularly supernova and in 1996 catastrophically collapse." Robert Metcalfe, 3Com founder and inventor of Ethernet, 1995

11. "[Television] won't be able to hold on to any market it captures after the first six months. People will soon get tired of staring at a plywood box every night." 20th Century Fox movie producer Darryl Zanuck, 1946

13. "I have travelled the length and breadth of this country and talked with the best people, and I can assure you that data processing is a fad that won't last out the year." Business books editor, Prentice Hall, 1957

15. "The phonograph has no commercial value at all." US inventor Thomas Edison

16. "I went to see Professor Douglas Hartree, who had built the first differential analysers in England and had more experience in using these very specialised computers than anyone else. He told me that, in his opinion, all the calculations that would ever be needed in this country could be done on the three digital computers which were then being built - one in Cambridge, one in Teddington, and one in Manchester. No one else, he said, would ever need machines of their own, or would be able to afford to buy them." Lord Bowden, American Scientist magazine, 1970

19. "Well informed people know it is impossible to transmit the voice over wires and that were it possible to do so, the thing would be of no practical value." - The Boston Post, 1865

21. "In the mid-70s, someone came to me with an idea for what was basically the PC. The idea was that we would outfit an 8080 processor with a keyboard and a monitor and sell it in the home market. I asked: 'What's it good for?' And the only answer was that a housewife could keep her recipes on it. I personally didn't see anything useful in it, so we never gave it another thought." Gordon Moore, Intel