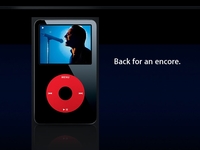 Apple has finally launched movie downloads and rentals through its iTunes servicein the UK,with movies from all major studios now available on the iTunes Store.

"We’re kicking off movies on the iTunes Store in the UK with over 700 films for purchaseand rent", said Eddy Cue, Apple’s vice president of iTunes.

"We think customers in the UKare going to love being able to enjoy their favorite movies on their iPod,iPhone or on a widescreen TV with Apple TV".

iTunes film rental works the same as it does with the US service whichlaunched back in 2006 – giving customers 30 days from the time of their"rental" to watch the movie on their PC, Mac, iPod classic, iPod nanowith video, iPod touch, iPhone or on a widescreen TV with Apple TV.

Customers then have 24 hours to finish watching it after they have started. Theservice requires iTunes 7.6.2.