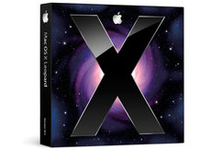 While computer security issues are a problem for all computers, regardless of make, Apple has had a good run of things lately with most malware aimed at PC users.

That is until, this week where the discovery of two Trojan horse programs made specifically to target OS X have appeared.

Security holes in the most up-to-date versions of Tiger and Leopard enable attackers to install malware onto OS X without a user having to type in an administrator's password.

This flaw means that hackers could get access sensitive data on a machine or even take over the machine for use in botnet attacks.

Speaking to The Register about the Trojan horse program, Dino Dai Zovi, a security researcher who helped dissect the Trojan, said: "This shows that there is an active community of researchers who are looking for vulnerabilities in Mac OS X and not reporting their findings to Apple."

Sites such as iChat and Limewire are said to have been spreading the malware unknowingly.