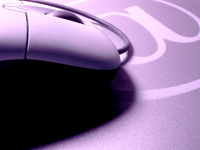 The massive investment in a Defence Information Infrastructure (DII) programme that will replace the 300 systems currently used is just a mere £182 million over budget and 18 months behind schedule.

The National Audit Office has said that 'concerted effort' was needed to get things back on track in a project being led by the Atlas consortium and headed up by US giants EDS.

"As the report brings out, we still have some problems to overcome in rolling out the system completely, but we are working hard to overcome these, and will be helped in doing so by the NAO's recommendations," MoD permanent under secretary Sir Bill Jeffrey told the Press Association.