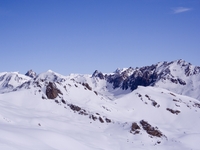 Dunno about you, but we tend not to do too much hiking that requires a steady oxygen supply to keep us going. Nor have we ever attempted to scale Everest without a truckload of those tanks and a coterie of Sherpas.

That said, Japanese firm Ymup seems to think there's a market for the casual mountaineer who fancies a hit of O2 on the go, having just announced a rucksack that incorporates a gas supply.

For ¥94,500 (£440), Ymup's unnamed backpack will provide a 30 per cent oxygen mix for up to two hours before the battery runs out. That should be enough to pump about 20 litres of the gas.

Given the company's history of offering home O2 supplies to people with breathing difficulties, we suspect the new mobile version is yet another product aimed at getting Japan's legions of OAPs to exert a bit more of their grey purchasing power.