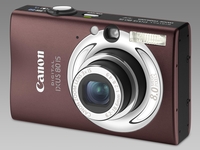 If you've ever wondered how long is left for those plastic disposable cameras we probably see only at wedding receptions these days, then look to Japan, where a company called Plaza Create may have the answer.

At ¥1,480 (£6.75) for 50 exposures, the cameras are priced only slightly higher than film-based disposables, so should create something of a final battleground for the old school of snappers.

Plaza Create clearly has an eye on the burgeoning eco market in Japan, saying that it plans to use more recycled parts, particularly lenses, when possible.

The Japanese government has long been asking phone makers to be more active in encouraging their collection and reuse.

Nevertheless, only 13 per cent of 50 million used phones were recycled in 2006. Any success in Japan is sure to influence Western phone makers.