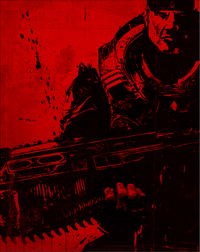 As reported earlier, from Microsoft's E3 press conference in LA, the Redmond-based company is clearly keen to continue to appeal to hardcore gamers in addition to broadening the Xbox market with casual and family titles.

Despite the no-shows of any new Halo game (or much hyping of Halo Wars) and the much-missed Alan Wake, there really was little else for hardcore gamers to gripe about from Microsoft's E3 presser, with Microsoft boasting of "surprise announcements to make the hardest-core gamer weak in the knees" in its follow-up press release to today's earlier E3 showing.

"Xbox 360 delivers entertainment choices so broad that it now rivals what people can find on television and at movie theatres," according to Shane Kim, corporate vice president of strategy and business development with Microsoft's Interactive Entertainment Business.

"Whether it's sports, music, movies, game shows or great games you crave, Xbox 360 is home to the biggest and best out there. From those new to games and eager to jump in, to the hardcore gamer looking for the most intense games experiences, this is truly the year to own an Xbox 360 system."

While Microsoft makes plenty of noise about Xbox LIVE Primetime and its Endemol-developed "1 vs 100" 'future of game shows' game concept and its impressive line-up of other so-called 'casual' titles such as karaoke-em-up "Lips" ("the world's ultimate party experience this holiday"), "Guitar Hero: World Tour" and "Rock Band 2", "You're in the Movies" and a new "Scene It?" the Redmond-based company is certainly quick to remember its core market of dedicated, passionate, hardcore gamers.

Perhaps the key cross-over title for 360 this year is going to be Rare's much-awaited "Banjo-Kazooie: Nuts & Bolts" which is out this November.

Although the slew of other 'proper' game announcements seems to have kept the hardcore audience happy at E3 this year, including, in no particular order:

Bring it on! Perhaps the old show isn't 'dead' after all!