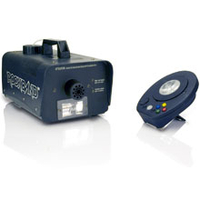 Electronic Arts (EA) has announced today that Rock Band 2, the sequel to the popular Harmonix-developed collaborative rhythm-action rock game, is due for release on Xbox 360 in Europe and the US this coming September.

Versions for the PS3 and other platforms will follow soon after, according to reports on IGN.

Rock Band 2 will feature improved instrument peripherals and also be fully compatible with tracks from the first game, which is great news for those that have invested the (rather large amount of) money and time into that game.

"As successful as the original Rock Band continues to be, we've now had the benefit of the last eight months to listen to our fans' requests and to build upon that foundation," said Harmonix CEO Alex Rigopulos.

"Rock Band 2 is a second-generation band game that will elevate the music game experience to the next level."

"We are expecting to see Rock Band 2 ship in September for the Xbox 360, with other platforms to follow," an EA representative told CVG today.