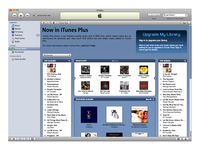 Members of the UK's music industry and press have spoken out against the BPI's plans to send 'hundreds of thousands' of warning letters to those downloading music illegally.

"There's clearly a massive problem with piracy, but you cannot put the genie back in the bottle," NME news editor Paul Stokes told TechRadar.

Stokes feels that the BPI's current initiative is a throwback to similar attempts to crack down on online piracy seven years ago.

"It's basically 2002 all over again," Stokes said. "It's an attempt to try to criminalise their market, just because there's a generation now that won't listen to music without being able to hear it first.

"It's just a shame that they [the BPI] are barking up this tree again, they need to engage with fans that are doing this [illegally downloading music] and try to bring them back in the fold."

"The BPI is acting like a headmaster telling off a naughty pupil!"

Stokes feels that the BPI should be looking towards developing new ways of monetising music online, citing initiatives such as such as Radiohead's honesty-box trial and the "360-degree deals that some of the majors are currently looking at."

Joe Wilson, Director of Studies at the University of Gloucestershire's Department of Popular Music concurs with this position.

"The BPI initiative is basically the music industry trying to throw its weight around, using people like Carphone Warehouse to do their work for them," Wilson told TechRadar.

"Really what they should be doing is investing in new revenue streams in order to promote new music. Specifically, the creation of new copyrightable works, as opposed to this over-reliance on old dinosaurs' back catalogues."