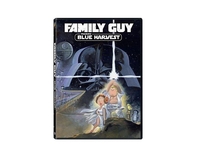 In a deal which will probably mean lots and lots of money for the genius creator of Family Guy, Seth McFarlane is about to team up with Google to create new adverts for the search engine's Google Content Network.

There's been rumours pointing to a link-up between the two parties for some time, but it seems that the deal is closer than ever to being signed.

The New York Times has run a piece about what the web-only cartoons titled Seth MacFarlane's Cavalcade of Cartoon Comedy and said that the clips will be "animated versions of the one-frame cartoons you might see inThe New Yorker, only edgier." For those not familiar to these cartoon - and that makes most of us in the UK - click here.

A lawyer working on the deal had this to say about the partnership: "What is exciting is that this is a way to monetise the internet immediately. Instead of creating a website and hoping Seth's fans find it, we are going to push the content to where people are already at."

According to the Register, over 50 two-minute episodes have been created for the campaign, which if everything goes to plan will begin in September.