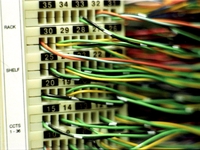 Forget the credit crunch, negative equity and crippling fuelprices, one way cash-strapped Britaincould make some money is by improving its broadband infrastructure.

A new report out today by the Broadband Stakeholder Group suggeststhat upgrading broadband networks in the UK to in excess of 100Mbps could benefitthe economy, even though the price of the upgrades would be around £16 billion.

The report is being discussed at today’s BSG 2008 conference– In partnership with Ofcom – titled ‘Beyond Pipe Dreams? Prospects for NextGeneration Broadband in the UK.’

In it, the BSG says that: "By looking at the potentialprivate value (value accruing to commercial investors and consumers) and thewider economic and social value, the BSG has found that the long-term benefitsto the UK associated with the wide-scale deployment could outweigh the cost ofdeployment, which could be as much as £16bn (to reach 80 per cent of UK homes)."

Speaking about the findings, Antony Walker, CEO of theBroadband Stakeholder Group says that: "Next generation broadband has thepotential to transform the way we do things as individuals, businesses and as anation as a whole… If widespread network deployment didn’t happen in the mediumterm (perhaps three to five years), then this report suggests that the UK could belosing out."